You are here: Home > Blogs > Strategy > Is Diversification the Right Strategy for Big Pharma?

Is Diversification the Right Strategy for Big Pharma?

Top pharma companies may be well-advised to look beyond their core business – prescription branded pharmaceuticals – to other healthcare sectors as a hedge of protection against looming threats including:

Using this calculation, the prescription branded pharmaceuticals sector has the highest IPP by a factor of almost five compared to the next highest sector, but other sectors such as medical devices and diagnostics, and OTC/consumer health also have high profit potential. “The Big Pharma companies that have already diversified into this area, and are remaining there, have done well in terms of growing revenue,” says Micklus.

The report classifies the top 15 pharmaceutical companies into three categories based on strategy:

Here, we’ll recap highlights from three case studies that illustrate each of the strategies.

Bristol-Myers Squibb put a stake in the ground in 2007, shifting its focus to specialty medicines and biologics after a restructuring. “Our unique BioPharma strategy … leverages the reach and resources of a major pharma company paired with the entrepreneurial spirit and agility of a biotech firm,” the company’s website touts.

Solidifying its position further, GSK recently cut a deal for $13bn with Novartis, it’s partner in a consumer health joint venture, to take over the entire project. Emma Walmsley, GSK CEO, stated that the proposed deal would “allow GSK shareholders to capture the full value of one of the world’s leading consumer healthcare businesses.” (Scrip, March 27, 2018).

Dominic Caruso, Johnson & Johnson’s  (J&J) chief financial officer, says the company should not be described as a pharma, devices, or consumer company. Rather, it is a healthcare company. Consistent with this view, on average, only 44 percent of the firm’s revenue over the past five years came from prescription pharmaceuticals.

The company’s consumer health business is large part of its overall strategy, in spite of some setbacks including a major recall of OTC analgesics in 2010. Since then, J&J has been gradually regaining market share from private labels. CNN reported in May that the company was hit with a $25.75 million verdict related to its Baby Powder product after a patient contracted pleural mesothelioma.

These examples illustrate three distinct approaches that Big Pharma may employ for maximum growth and competitiveness. Companies must continue to respond to the challenges facing the industry as a whole, and craft flexible strategies that capitalize on their strengths while minimizing risks.

As Rare Disease Drugs Multiply, So Must Creative Ways to Pay for Them

Patients suffering from one of the many hundreds of rare diseases known to exist have a better chance than ever of finding a treatment. Companies large and small continue to invest, given high unmet need and very targeted populations. Progress must contin

When Google in November 2018 hired David Feinberg to head up its healthcare efforts, it was just the latest sign of the tech giant’s ambitions in the sector. Feinberg was previously president and CEO of Geisinger, among the US’ largest and most forward-lo

Is January’s M&A a flash in the pan, or does it signal sustained dealmaking heat

2019 started with a bang for pharma M&A: by January 7, $82 billion worth of shopping had been announced. Bristol Myers Squibb’s $74 billion cash and stock offer for Celgene on New Year’s day is the fourth-largest deal ever. It was followed days later 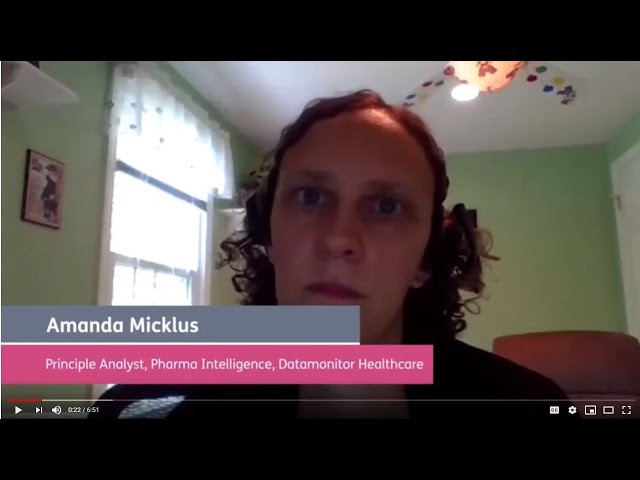 Biopharma companies have the cash and are ready to deal

Sign up to the Pharma Intelligence Report Store Newsletter to get the latest blogs, news, reports and discounts!

Pharma Intelligence is part of the Business Intelligence Division of Informa PLC
This site is operated by a business or businesses owned by Informa PLC and all copyright resides with them. Informa PLC's registered office is 5 Howick Place, London SW1P 1WG. Registered in England and Wales. Number 8860726
informa
Call Back
Scroll to top